This solo exhibition—the first by the artist in the Netherlands—presents recent works that contend with concepts of utopia and dystopia through observation and sensation.

Good Luck (2017), stages Russell’s structural, vibrant, and multi-sensory approach to ethnographic cinema in fragmented physical space—offering a dynamic comparative portrait of natural resource excavation. The film captures extraction in two different parts of the world, focusing in on the faces, movements, and gestures of the men who do the back-breaking work, and the sounds and colors of the working environment. This presentation foregrounds the phenomenological attributes of the piece, placing the viewer’s physicality in relation to the film’s portraiture, and highlighting the effects of haptic sound on experience.

Accompanying the installation, the artist has created a sculptural analogue, Good Luck (Echo),that turns a sheet of copper into a resonant, speaking subject—connecting the sounds of the environment to the product of extraction. 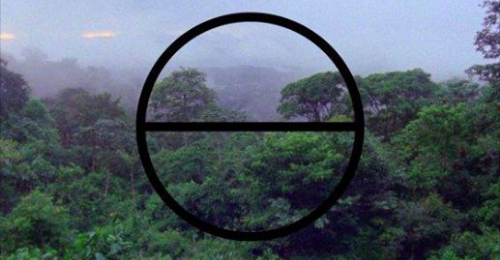 IT IS HERE/THIS WILL LAST FOREVER also features Russell’s short film, Atlantis (2014). Shot on the island of Malta, the film unfolds in a series of staged and observational sequences, with references to Plato, science fiction, and Henry Moore’s Utopia. These are set to a complex soundtrack mixing a live-recorded folk ensemble, a marching band, noise music, and other found sounds. Through these elements, the film presents itself as an unorthodox documentary of a mythical place.

Together these works constellate an image of living dystopias and imagined–yet not implausible, yet not perfect–utopias, with a point of view in constant search of real and imaginary change.

Ben Russell‘s work operates in direct conversation with the history of the documentary image, and explores the intersection between psychedelia and ethnography. Russell was recently an exhibiting artist in documenta 14 (2017), and his work has been presented at the Centre Georges Pompidou, the Museum of Modern Art, the Museum for Contemporary Art Chicago, the International Film Festival Rotterdam and the New York Film Festival. Russell is the recipient of a 2008 Guggenheim Fellowship, and a FIPRESCI International Critics Prize (IFFR 2009) for his first feature film Let Each One Go Where He May. His second feature film, A Spell to Ward Off the Darkness (co-directed with Ben Rivers), premiered at the Locarno International Film Festival in 2013. Curatorial projects include Magic Lantern (Providence, USA, 2005-2007), BEN RUSSELL (Chicago, USA, 2009-2011), and Hallucinations (Athens, Greece, 2017). He currently resides in Los Angeles.

IT IS HERE/ THIS WILL LAST FOREVER is part of De Appel’s Autumn 2018 exhibition and event cycle, THREE MOVEMENTS, curated by Rachael Rakes and Niels Van Tomme